One mistake I’ve noticed a lot is the use of the word “dribble” when “drivel” is intended. For those not in the know:

Dribble (noun): A thin stream of liquid; a trickle

This mistake, to me, is especially egregious; as stated, the typical scenario in which one uses the word “drivel” is to chide someone else’s use of the English language. Generally, calling someone’s speech drivel is kind of a mean thing to do. You’re even more of an ass, however, if you don’t even know the correct word with which to criticize them.

Here are three example sentences. They all contain this mistake:

I’m not listening to you; the only thing coming out of your mouth is meaningless dribble

I’m tired of this; I’ve had to deal with your dribble all night

Hey – Spare me your dribble, will you?

When I read comments on the internet, I (unfortunately) tend to read them quite literally. So when people screw this up, I always tend to imagine that — rather than having made a vocabulary error — they INTENDED to use the word “dribble.” So, here are the scenarios in which I imagine each of these speakers: 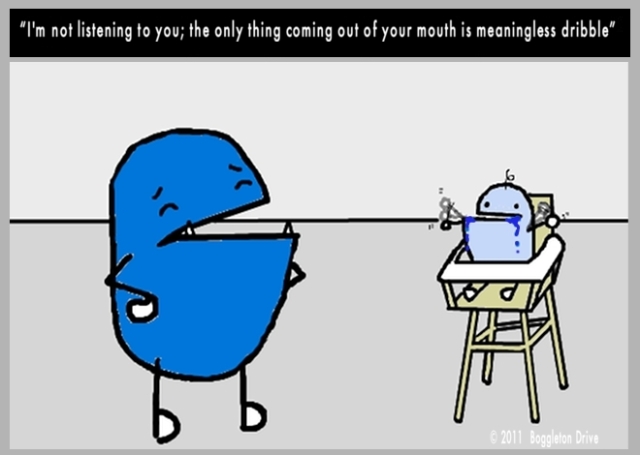 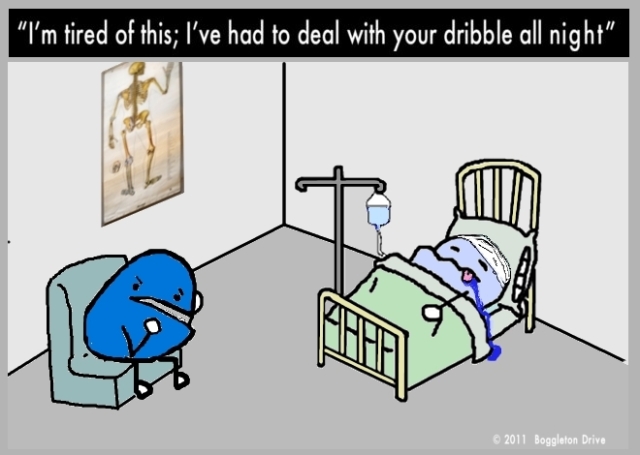 Unfortunately, this always makes them seem like MORE of a jerk.

46 Responses to Dribble vs. Drivel