One of my ESL students wrote this:

This is how I imagine it went down: 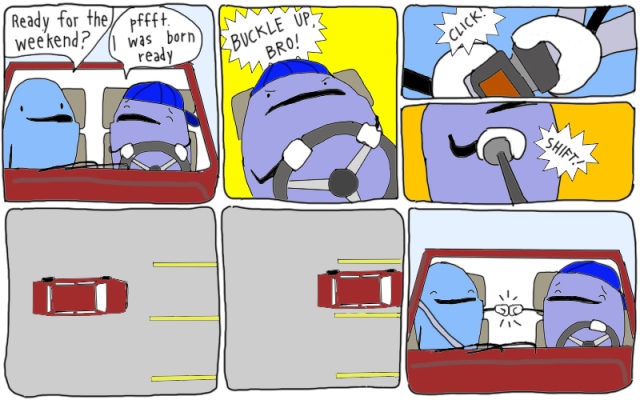 Of course, the student meant to say “I went to the park”

Aside from the obvious verb tense error,  it is incorrect to use a noun (aside from a gerund) as a direct object — i.e. without a preposition first*– after the verb go.  Also, in American English, it’s often fine to use go + the bare infinitive (e.g. I’ll go park the car), so in this ESL student’s sentence, “park” looks more like a verb than a noun.

*P.S., before you break out the pitchforks, in the sentence “he went home,” home is an adverb.