Something I’ve been noticing more and more lately is the gross misuse of apostrophes in people’s writing. I’m going to break this one down into the three most common errors:

1) Using an apostrophe with the third person singular form of a verb (WHY?!) and with plural nouns.

With main verbs, the ONLY time there is EVER an apostrophe involved is with “let’s”, which, as everyone knows, is a contraction for “let us.”

So when people inexplicably use an apostrophe with the third person singular form of a verb (e.g. “look’s”, “swim’s”, “rationalize’s”), I always tend to read it as a contraction for VERB + US, just as “let’s” is. This makes this punctuation problem appear all the more strange to me.

For example, take a look at this incorrect sentence:

My friend jump’s for joy.

Here’s what is intended: 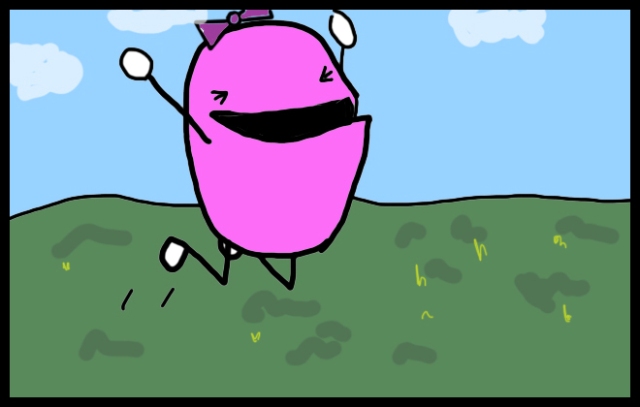 Here’s what I read:

Our friend jump us for joy.

And this is what I imagine (despite the subject/verb agreement error):

Similarly, apostrophes on nouns are NEVER used just to indicate plurality. In other words, if you are adding an S to a noun solely to show there is more than one, then for crying out loud do NOT use an apostrophe.

If the noun is singular, add an apostrophe and THEN an S. If it is plural, add the S (or ES) and THEN the apostrophe. Simple.

The cat’s owner — The owner of the cat. There is one cat, and it has an owner.

The cats’ owner — The owner of the cats. There is more than one cat, and they have an owner.

(NOTE: with irregular plural nouns (like children, people, or men, for example), for all intents and purposes the apostrophe ALWAYS comes before the S. So, you should never write childrens’, peoples’, or mens’)

Think all of this isn’t such a big deal? Think again, friend:

With more than one subject, things can be a bit trickier. With two nouns in the subject of the sentence, an ‘S after both nouns indicates that both nouns possess his or her own. This may sound complex and unnecessarily verbose, so here’s an example:

Bob’s and Jane’s phones are on the table

Both Bob and Jane own their own phone, and both phones are on the table:

Bob and Jane’s phone is on the table

Bob and Jane both own the phone on the table. They share the same phone. They are likely the type of weird couple that speaks in unison, owns monogrammed bathrobes, and has a joint Facebook account. Stay away from them. 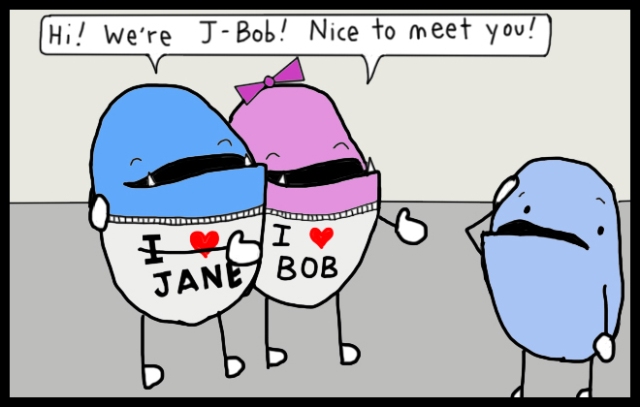 This might seem easy, but it’s often a problem for people.

IT’S is ALWAYS a contraction for it is or it has.

ITS is ALWAYS a possessive adjective.

Basically, if you are using “its”, try substituting “her” or “his” for “its”. If the sentence still makes sense grammatically, then you’re good to go.

Nice car. I like its colour – Nice car, I like her colour. Sure, it’s lame to refer to your car as if it were a person, but the sentence is still grammatically correct.

If you are using “it’s”, try substituting “it is” instead. Still make sense?

(No, you can not contract “it is” if it falls at the end of a sentence)

Generally speaking, people tend to incorrectly use apostrophes rather than incorrectly omit them. If you’re in doubt, I’d leave it out.

One problem that even the most grammatically conscious person can encounter occurs when attempting to indicate possession for a proper noun that is ALREADY POSSESSIVE. It’s an issue that even The Economist’s style guide calls “insoluble”. Attempting to do this may cause your brain to short circuit, so it’s best to just avoid it where you can.

Here’s a little example of the problems this could create it you were part of…:

“THE MOST GRAMMATICALLY ANAL-RETENTIVE FAMILY IN THE WORLD”

I teach things to people and sometimes draw comics.
View all posts by Boggleton Drive →
This entry was posted in Grammar Lessons! and tagged apostrophes, grammar, its/it's, possessives, Punctuation. Bookmark the permalink.